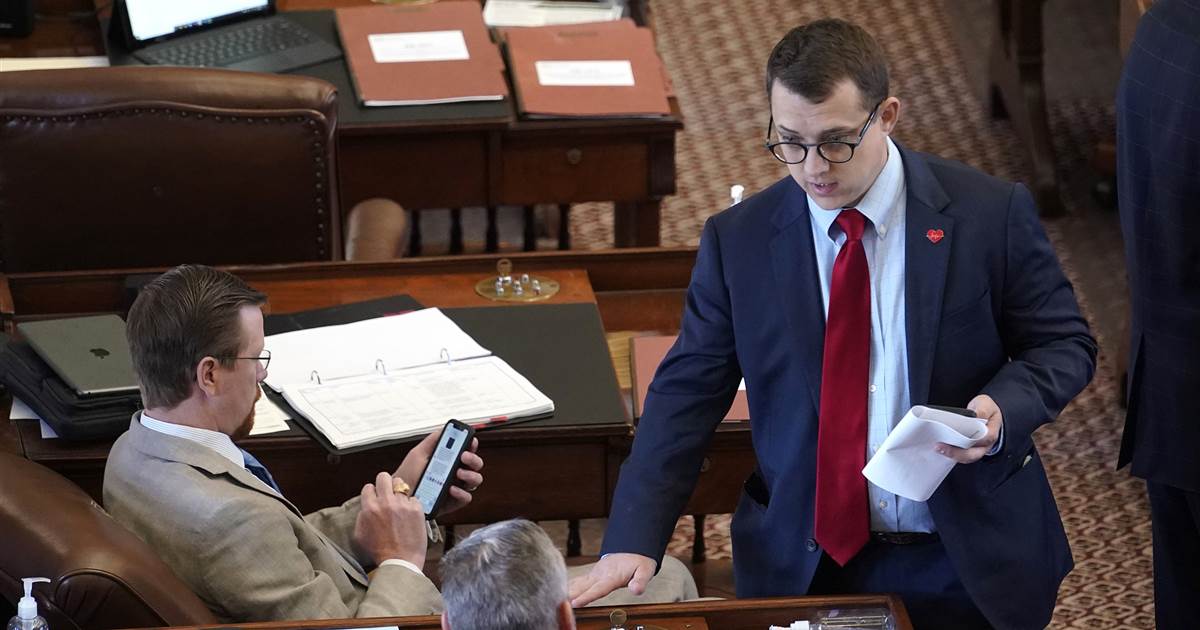 Texas Democrats are waging an all-night fight against a restrictive election bill, vowing to file more than 100 amendments to derail or limit the impact of legislation that would create criminal penalties in the election process and empower partisan poll watchers.

Debate began around 6 p.m. local time after negotiations between the two parties broke down earlier in the day. State Rep. Jessica González, the Democratic vice chair of the Elections Committee, said Democrats had sought to “soften” some of the language and limit the criminal penalties in the bill but were unable to reach an agreement.

“At this point, we have no other choice,” González told NBC News during the debate. “We went ahead and filed our amendments.”

Democrats and activists spent the day rallying against the bill, which they argue would suppress voting and disenfranchise voters of color. Republicans led by Rep. Briscoe Cain, the chair of the Elections Committee, say the House bill would ensure ballot integrity and protect voters from coercion and fraud.

Gov. Greg Abbott, a Republican, has urged legislators to pass election legislation, which he made a priority for the session.

After nearly three hours of work on the bill, debate was halted by a point of order claiming an irregularity with the legislative process; Cain later said negotiations would continue behind the scenes and pick back up at 11:30 p.m. As of 12:30 a.m. local time, however, the House was still working on other legislation.

State and national Democrats hosted a news conference on the Capitol grounds early Thursday, and dozens of protestors held signs and chanted “voter suppression has got to go” as legislators walked onto the House floor for the 10 a.m. session.

Former President Donald Trump’s stolen election lie has inspired hundreds of restrictive election bills across the country, even though there is no evidence of widespread fraud in elections. By all official accounts, the 2020 election was secure, and the results were certified as accurate. But state legislators — many of whom joined Trump to cast doubt on the system — are nonetheless legislating to restrict the vote, arguing that new measures are needed to restore trust in the system.

Debating more than a hundred amendments could take hours, advocates and Democrats said, and Republicans are expected to propose their own amendments, as well; in the first 2½ hours of debate, lawmakers discussed the bill and just one Democratic amendment.

“My Democratic colleagues and I have more than 100 amendments,” Rep. James Talarico tweeted Thursday afternoon before the floor fight kicked off. “We’re prepared to fight this all night. Good trouble. Necessary trouble.”

Democrats do not have anywhere near the votes to stop the bill — Republicans have 83 seats in the House, compared to Democrats’ 67 — but critics argue that it is nonetheless necessary to fight a bill that they say would make voting scarier and harder.

It would require anyone helping a voter cast a ballot to disclose why their help is needed and how they are connected to the voter, and it would impose criminal penalties for certain errors by helpers.

The bill would also empower partisan poll watchers, which Democrats warn could make it easier for partisan officials to intimidate voters. Republicans in Harris County already plan to recruit thousands of Republican poll watchers, particularly in the suburbs of Houston, and send them into communities of color in Houston’s urban center.

The bill was originally proposed as House Bill 6, but Republican lawmakers used a legislative maneuver to ensure that it will advance quickly. Last week, Republicans replaced the text of a different bill, SB 7, a Senate elections bill, with HB 6. Two votes are required to advance SB 7 out of the House, after which the Senate and House bills are expected to end up in a conference committee, where they would be reconciled by legislators.