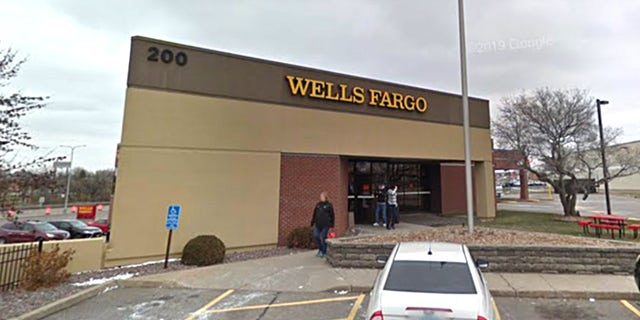 A suspect was in custody Thursday night following an hours-long hostage situation stemming from an attempted bank robbery at a Wells Fargo bank branch in St. Cloud, Minnesota, according to reports.

All hostages were safe and unharmed, city police told FOX 9 of Minneapolis. The suspect was identified by police as Ray Reco McNeary, according to the St. Cloud Times. He was seen being led out of the bank shortly before 11:30 p.m. CT.

In March, McNeary was booked in jail on suspicion of two counts of felony domestic assault, the paper reported. Stearns County Attorney Janelle Kendall said her office expected to have formal charges for him on Friday.

At least four hostages were released shortly before 10 p.m. CT — all of them bank employees, according to The Associated Press. It wasn’t immediately clear if there were any other hostages.

Police said they deployed all of their resources to the scene, spokeswoman Lt. Lori Ellering told Fox News, and the FBI was assisting. Negotiators had been working to free all hostages.

Authorities first responded to a report of a robbery-in-progress around 2 p.m. CT.

Several hours into the standoff, video on Twitter showed a woman exiting the bank and approaching SWAT team members positioned near the door. Loose dollar bills were seen being tossed out the doorway.

Video of a second woman reaching police emerged about a half-hour later. The Associated Press reported the two women were employees of the bank. Two other videos later showed two more people walking out of the bank to nearby police.

At least two armored vehicles stood near the bank’s front door, as well as several armed officers, the Minneapolis Star Tribune reported. Hundreds of onlookers were also watching the situation unfold at the bank from across the street. Many erupted into cheers when some of the hostages were released.

Police did not immediately respond to a request for comment on the videos.

Authorities have been urging residents to avoid the surrounding area for hours. Earlier, law enforcement officials said an unspecified number of hostages were being held by a male suspect.

St. Cloud resident Abdi Kadir told the paper he was in the bank drive-through just before 2 p.m. when the teller hurriedly told him to leave. As he drove off, he said he saw people running out the bank’s front door.

Wells Fargo acknowledged the hostage situation in a separate statement.

“We can confirm a hostage situation at Wells Fargo’s St. Cloud South branch, located at 200 33rd Avenue South,” spokesperson Staci Schiller said. “We are cooperating with local law enforcement and will do whatever we can to assist the authorities in their investigation. We recognize this is a traumatic moment for the community and our colleagues. The safety and security of our customers and employees is our most important priority.”

Fox News’ Paul Best and The Associated Press contributed to this report.