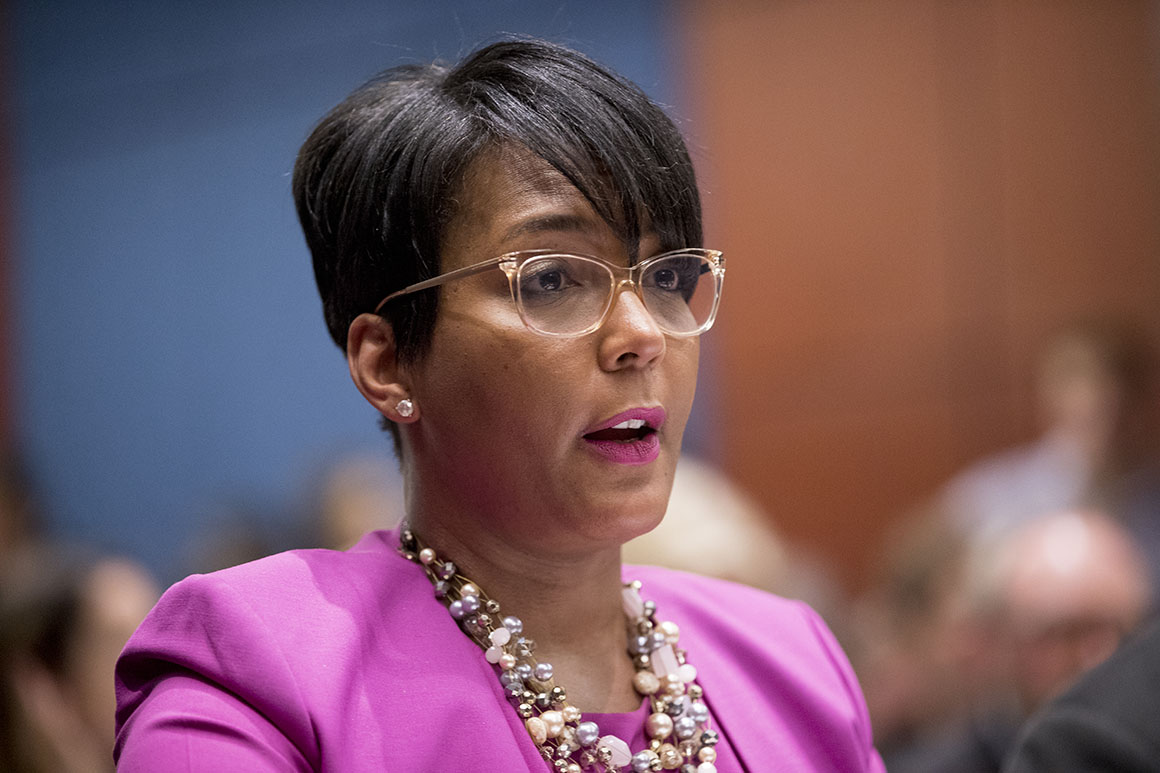 Bottoms, who narrowly won a runoff election four years ago, pushed backed against any questions about whether she could have secured a second victory later this year. She noted a re-election fundraiser she held with Biden and said polls showed her in a strong position.

“‘Is she afraid of the competition?’ NEVER,” Bottoms wrote.

Bottoms’ tenure has been a mix of rough-and-tumble City Hall politics and an ever-brightening national spotlight for her beyond the city. She was among Biden’s earliest endorsers and watched her profile rise early during the coronavirus pandemic and the renewed attention on policing in the United States after George Floyd’s killing by a white Minneapolis officer last spring.

She drew plaudits for a nationally televised news conference in which she chided protesters to “go home” while noting her own experiences as a mother of Black sons to empathize with citizens distraught over police violence.

Bottoms became the focus of criticism herself weeks later when an Atlanta police officer shot and killed Rayshard Brooks. The officer, Garrett Rolfe, was fired last June, a day after he shot the Black man in the parking lot of a fast food restaurant. Rolfe was later charged with murder.

But the Atlanta Civil Service Board on Wednesday reversed the firing, finding that the city did follow its own procedures and failed to grant Rolfe due process. Bottoms said then that Rolfe would remain on administrative leave while criminal charges against him are resolved.

The mayor did not mention Floyd or Brooks in her announcement letter, alluding only “social justice movement (that) took over our streets … and we persisted.”