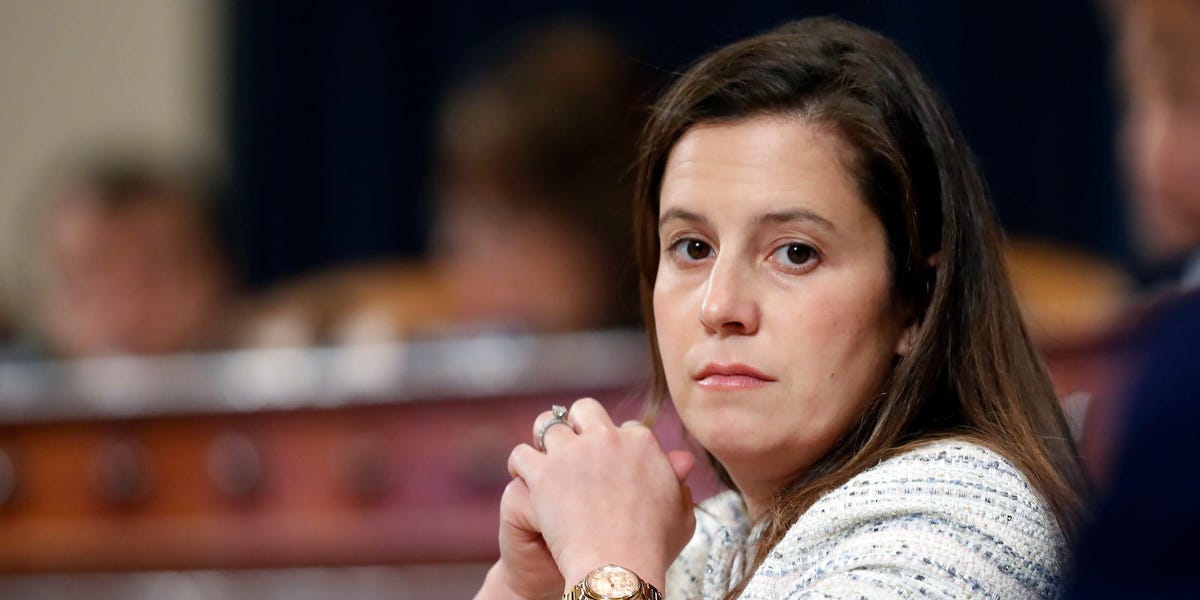 Rep. Elise Stefanik, who is vying for a top position in House leadership, publicly backed the unofficial and highly controversial GOP-sanctioned recount of ballots in Maricopa County, Arizona in an interview on Steve Bannon’s podcast.

The GOP-controlled Arizona state Senate has hired Cyber Ninjas, a private Florida firm, to conduct a hand recount of paper ballots cast in the 2020 election, an exercise that further legitimizes top Republican’s false claims of widespread voter fraud in the 2020 election.

“I fully support the audit in Arizona. We want transparency and answers for the American people. What are the Democrats so afraid of? The voters in Arizona and the state Senate in Arizona pursued this audit, I fully support it. Transparency is a good thing. We need to fix these election security issues in the future,” she told Bannon.

Read more: Trump is MIA in the Virginia GOP’s governor race because he doesn’t want to back a potential loser. His absence is making a chaotic nomination campaign even more bonkers.

Arizona Republicans and Cyber Ninjas are calling the procedure an audit, but election experts and even some Republican election officials, like Washington Secretary of State Kim Wyman, say the exercise isn’t following even the most basic procedures to properly audit ballots and keep them secure.

In a scathing letter to Ken Bennett, the state Senate’s audit liason, Arizona Secretary of State Katie Hobbs said that “the hand counting process being used is a significant departure from standard best practices utilized by jurisdictions and experts across the county, including here in Arizona, and raise serious doubt about the accuracy and reliability of any result of this process.”

She raised a number of security issues with the audit’s processes, and wrote that “a number of items detailed in the Counting Floor Procedures appear better suited for chasing conspiracy theories than as a part of a professional audit.”

Tammy Patrick, a former Maricopa County election official and senior advisor at the Democracy Fund, addressed Stefanik’s exact argument in a press briefing with reporters hosted by the National Task Force on Election Crises on Tuesday, noting that Maricopa County already audited the ballots in question.

“That is the common refrain, right, like, ‘well, you must be hiding something, otherwise, we should do this.’ The real issue, though, is that a hand-count audit was already done of these ballots, and has been done, since, I think the first time we did it was 2007, 8, or 9,” she said.

“I personally have overseen the hand counting of tens if not hundreds of thousands of ballots, if not millions of ballots, over the years. So it’s not a question of being afraid of an audit, there were officially sanctioned audits already conducted by the political parties in Arizona,” Patrick added.

Cheney has found herself on the outs after she voted to impeach former President Donald Trump over the January 6 insurrection, publicly condemned his lies about the 2020 election, and not-so-quietly feuded with members of her caucus.

Stefanik has publicly endorsed false allegations of fraud in the 2020 election, including pushing baseless claims that signature verification on ballot envelopes in Georgia was “gutted” and that there were 140,000 illegal votes cast, which was debunked by Georgia’s Republican election officials.

Stefanik also voted to reject Pennsylvania’s slate of electors for President Joe Biden during the joint session of Congress on January 6.